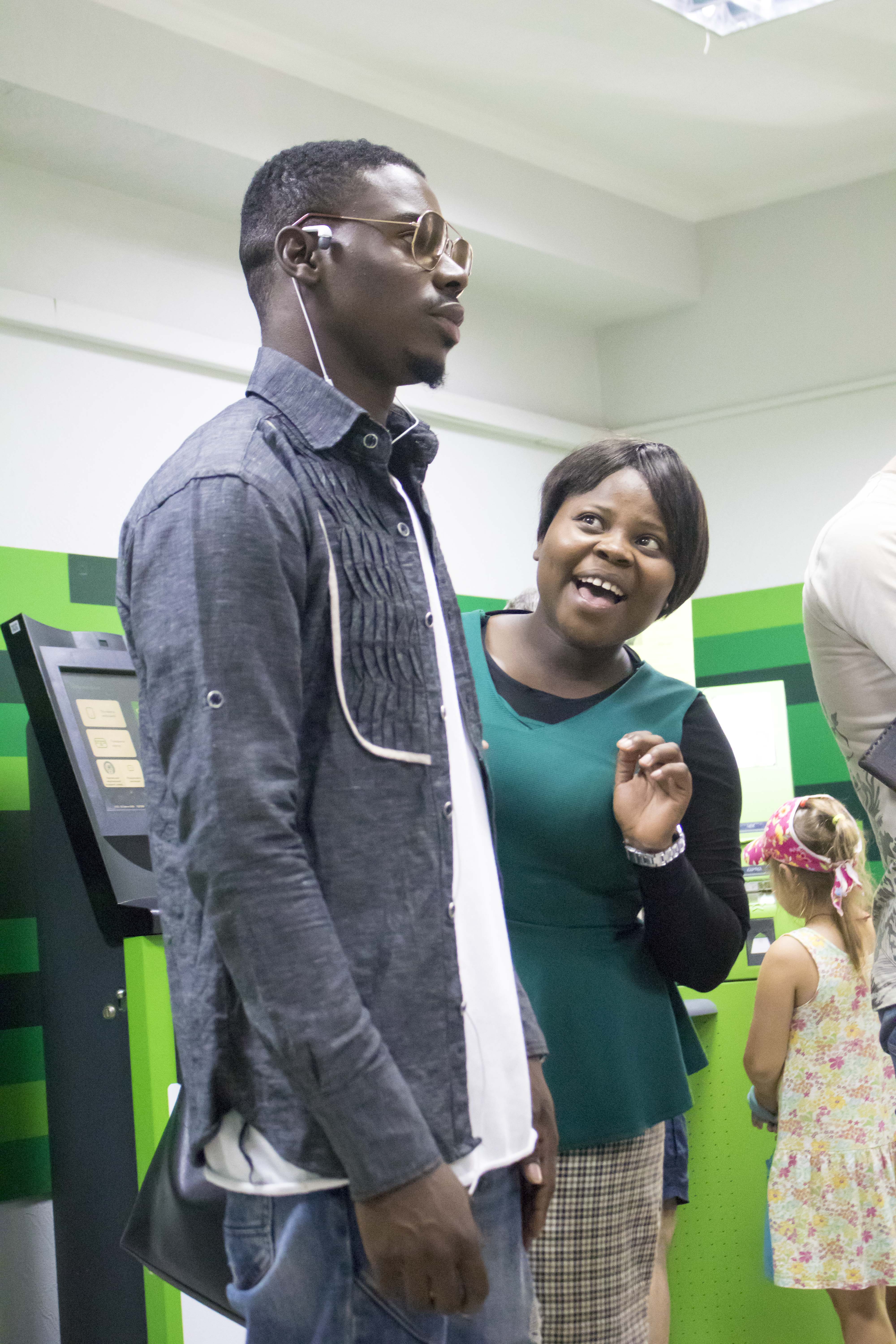 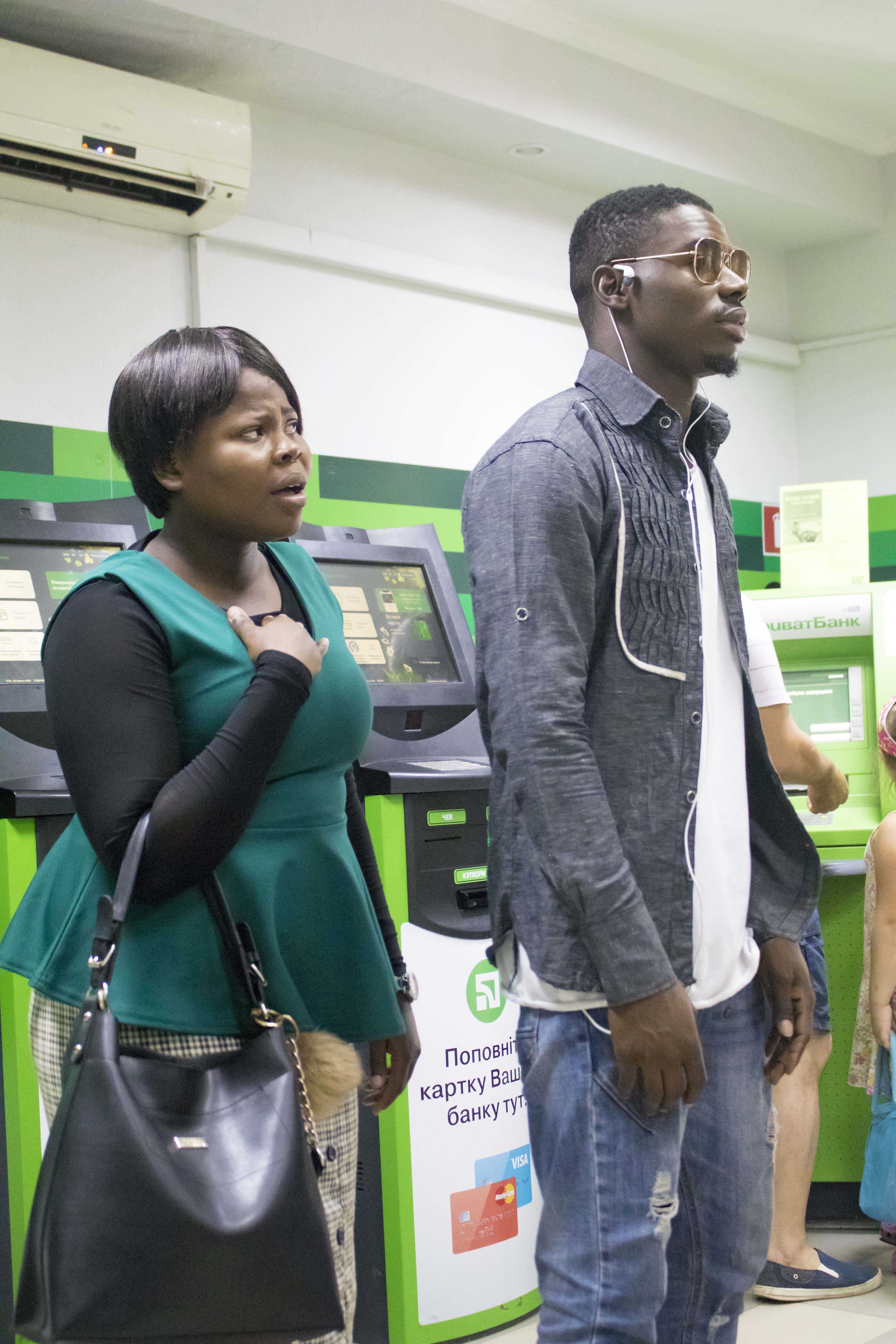 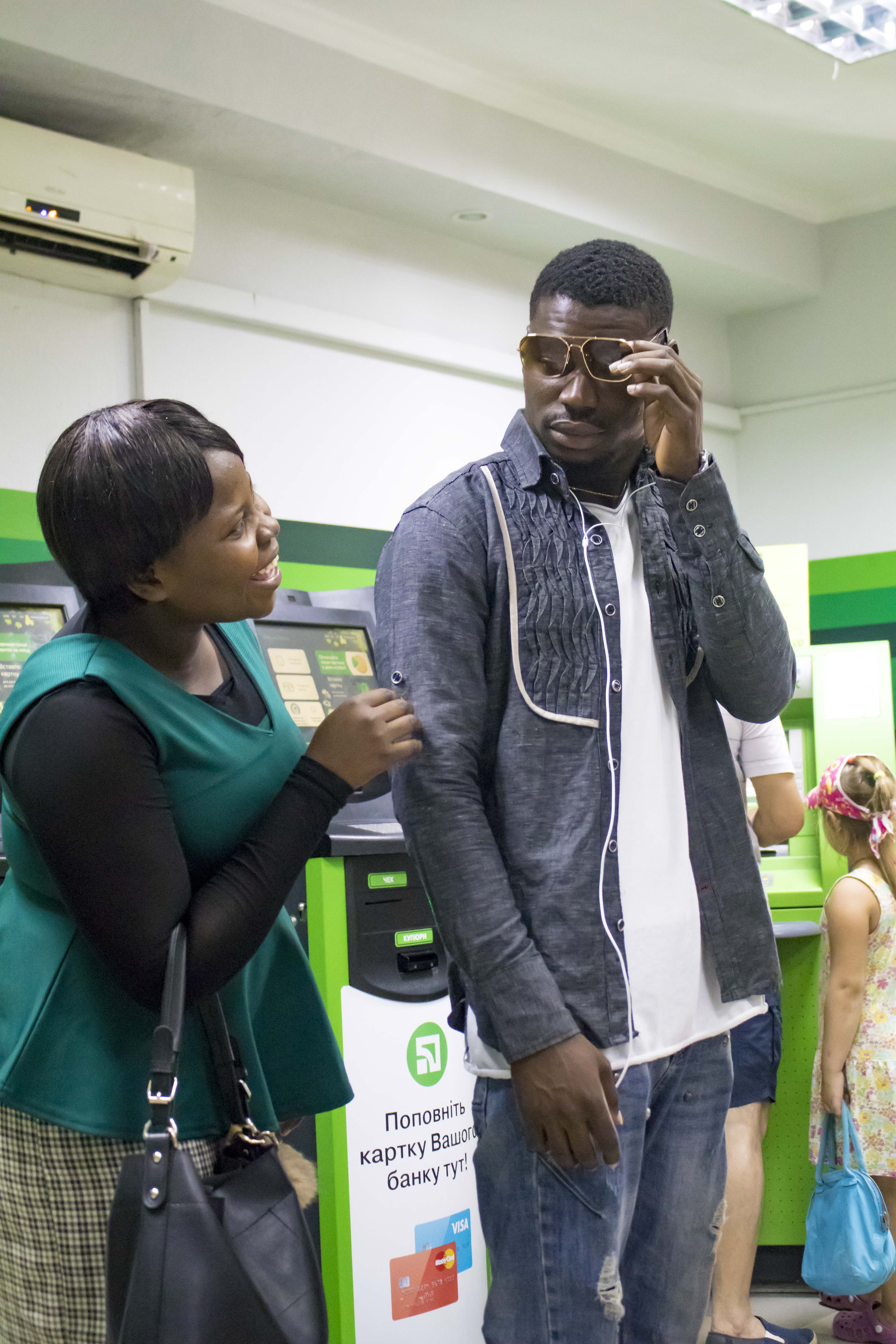 Walking into the banking hall I bumped into a guy.

“Hello,” I waved in enthusiasm.

He looked, then in disgust took His face away.

“Why would I greet and he would just snub me? Probably he didn’t hear me.”

I walked up to Him.

This time with a wave, but he quickly walked away. 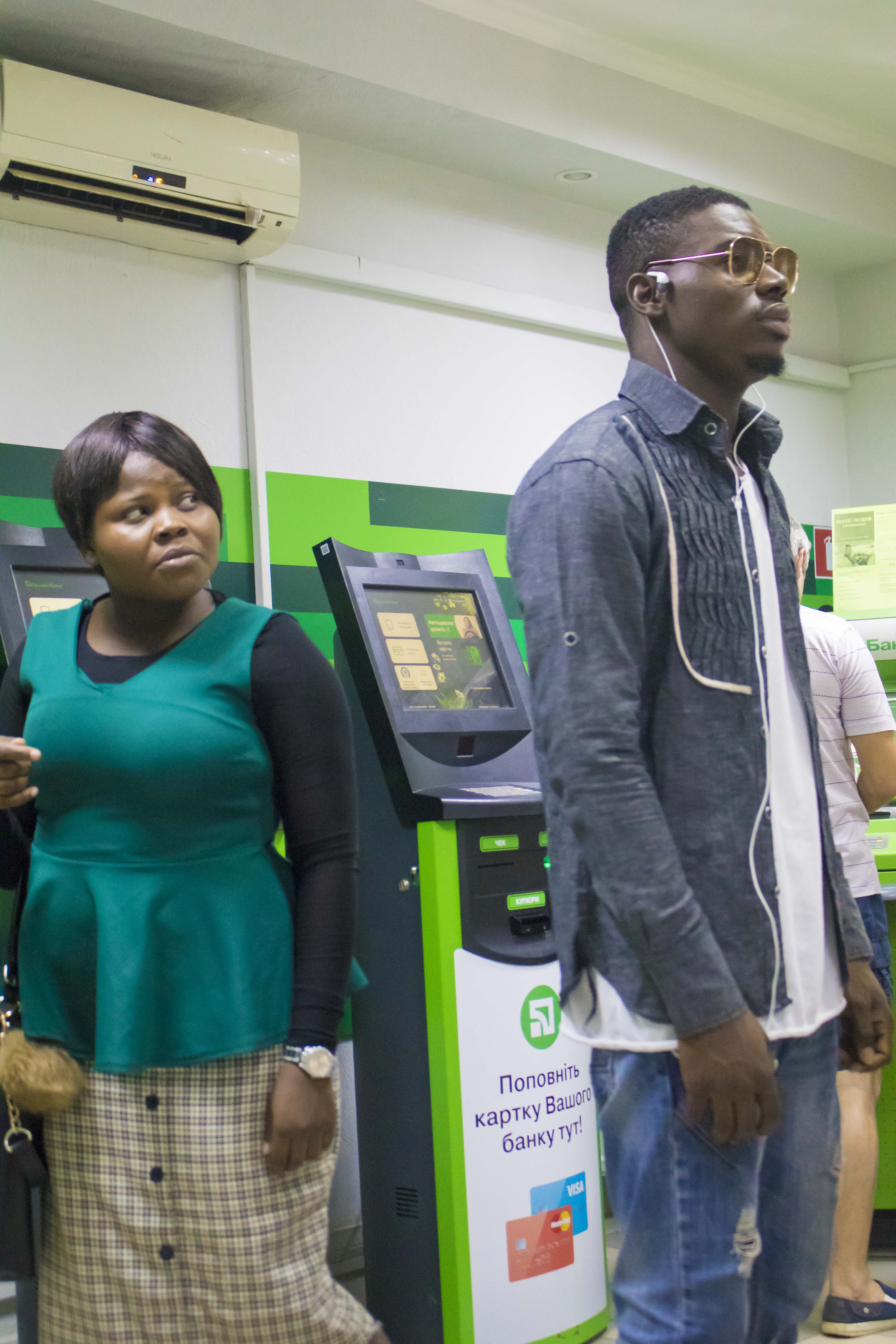 My smile faded again gradually turning into a pursed lip. I quickly looked around to see no black was around. I sat down on one of the seats regretting why I had greeted him at all. 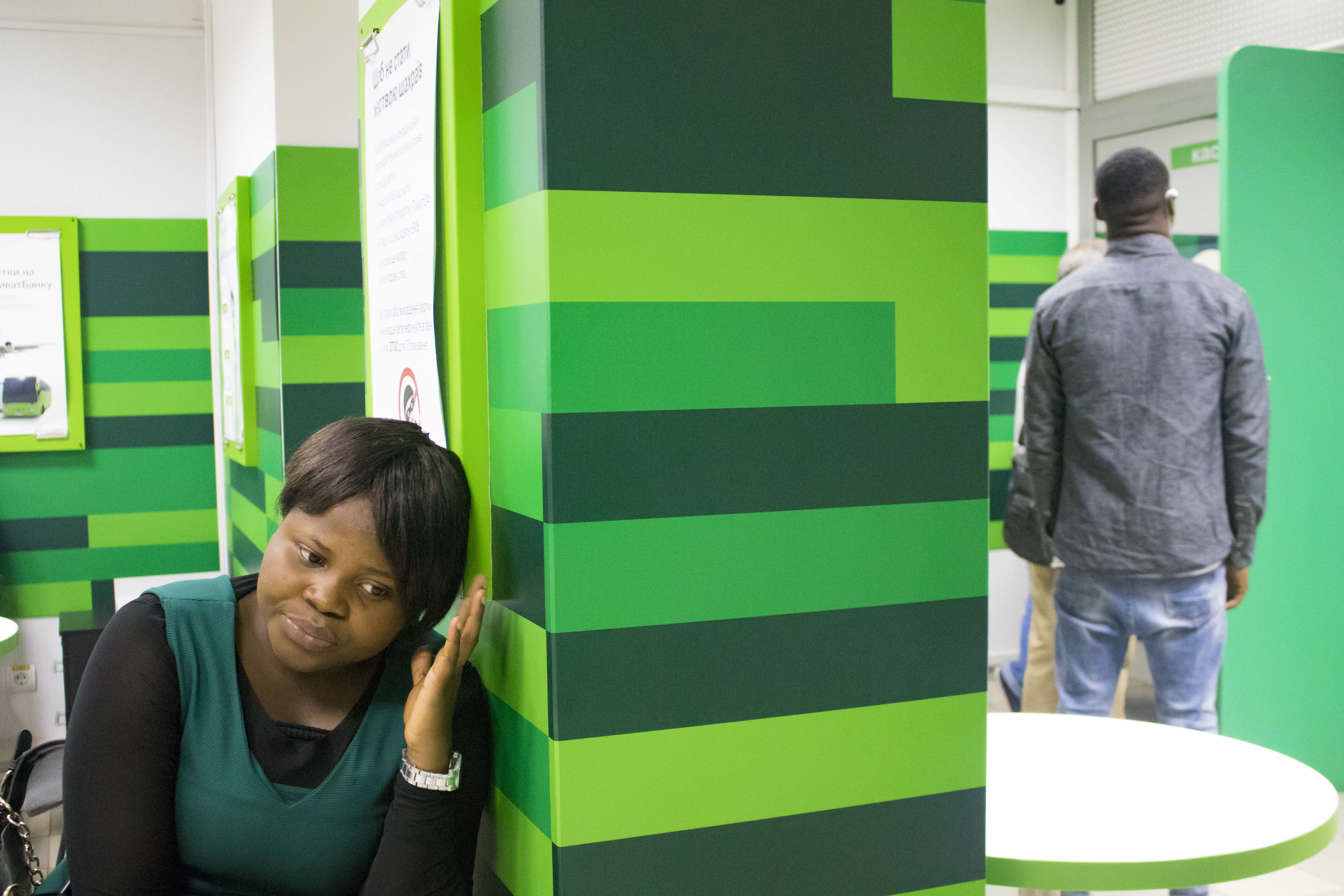 “You shouldn’t have greeted, you see how your greeting has caused you shame.”

“But it’s not bad now,” my spirit argued.

“No, you will never greet any ‘Black’ you see again. Never, never.”

“Nooo…He is just a snob, there are many other pleasant people,” my spirit replied.

My spirit was so troubled as to why a fellow black would respond in that manner that I almost ran into a woman walking by.

Sooner than I desired, I saw him at the counter already making some transaction and I thought to myself, “How I wish time could just go past by 20 minutes.”

Our eyes met as he kept on looking around confused. I saw him a number of times looking at me from the cubicle and, “…mtcheww…” I hissed in my mind.

Moments later he seemed agitated as he spoke with the cashier. I really couldn’t figure out their conversation but the woman looked unwilling to help.

I had tried putting my mind past our unpleasant encounter as I waited for my turn with the bank teller.

No sooner had I regained some composure, I felt someone tap me. I looked up and was stunned to see the face of the one who had set my mind in disarray some moments ago.

He was sweating and with soberness said,

“Sorry for how I acted the other time.”

“Oh he is apologizing…” I was speechless but my thought was cut short when he continued speaking, 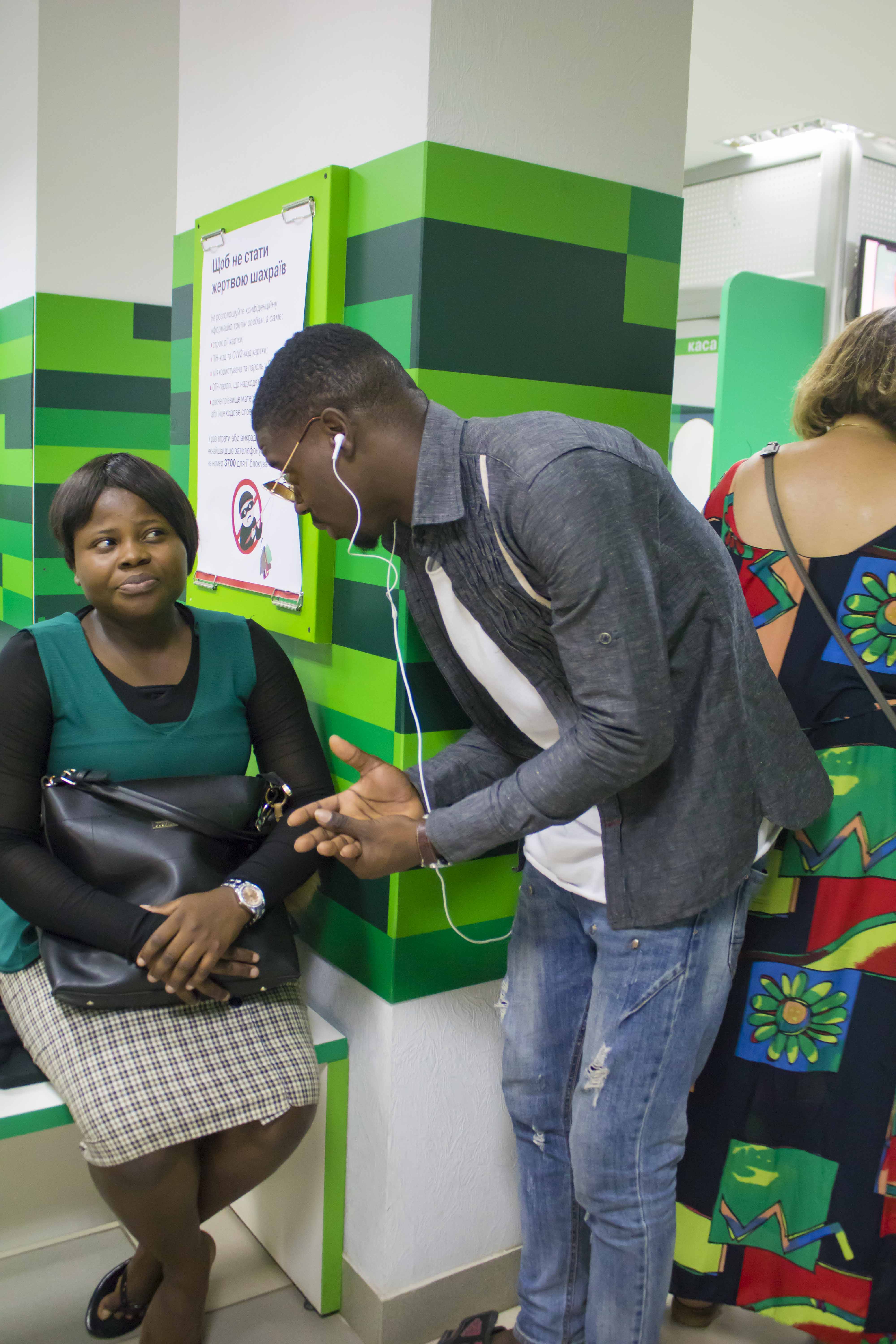 “…erm ermm please, please could you help with 50UAH ($2). I really need to transfer this money to another city and it has to be now but I’m short of that,” He stammered, sweat drooping down his face. “Please if I don’t get it sent…in fact you can’t understand…” Almost kneeling down his ego obviously smitten, “Please, please…” he begged.

“Tell him you don’t have,” the angry part in me said.

I stayed there trying to replay how I went back to wave, and I tried giving reasons for his snobby attitude, but as I remembered the unpleasant look on His face at our first encounter, some harsh responses to his request flashed through my mind…

“You must be suffering from dementia!”

“I think this is planned so he can learn his lesson…” I thought, calming down, “…you would do no such thing…”

I found my way into my bag amidst the mixed feelings. I brought out my purse and handed over the note to him.

“Thank you! Thank you very much!” He stammered and rushed to the cashier to complete his transaction.

I heaved a sigh of relief. “I think this must be orchestrated by a divine power. How come I was the only black in the bank at that time? How come he learnt his lessons not too long from when he misbehaved?”

Treat people equally. The person who looks less privileged today might tomorrow rise from obscurity to greatness and you will eventually need their help. What goes around comes around!!

Many today are also snubbing God. They only recognize and run to Him when they are in trouble. He has called and beckoned but they’ve refused to yield. It will only take failure, bereavement and hard circumstances to bring them to Him.

You’ve snubbed Him enough. Softly and tenderly Jesus is waiting for you.